The War of Two Worlds

They are located right next to each other on the virtual map and although sometimes may appear the same, they will have different rules, behaviors, cultures and requirements.

The people could be different or the same. They can play and work within both countries or maybe they immigrated from one country to the next in hopes of finding something exciting and new. Possibly they live in one country and have a vacation home in another or they enjoy dual citizenship and live in both.

The people that live in these separate countries can accept and welcome their new neighbors with open arms. Without fear, prejudice or hate. To acknowledge their own options of what a new country could do for them and making those choices for themselves. Without attempting to put their choices onto another.

Or they can fear having a new country next door will mean less for them, losing friends or alternate lifestyles. They can campaign to try and remove the new country from the map. To slander it with words and false claims. They can wage war on it through blogs and forums and word of mouth in their own country. They can cause undo concern for others and try to put fear into minds that something bad is happening.

Each of us have choices with new virtual worlds cropping up on the map and offering alternatives. We can either behave like real world hate mongers and wage war on other VW's out of our own personal fear and lack of understanding someone's need for something different, exciting and new. Or we can become what we wish the real world was...tolerant of others and their choices, accepting that people live and make decisions different from us and by doing so, it does not make them a bad person or mean they are taking away from us personally.

Many years ago, Bette Midler released her song "From a Distance" to show her hope for world peace and to remind us that even though we are in different countries and do things differently, fear and hate should have no place in our world. We should remember this for our virtual worlds; we have a chance to be better then our real world counter part and not wage war on each other through hate or fear.

No virtual world is here to take your creators, your friends, your hopes or your dreams.

Please don't try to take those very things you fear to lose from others.
Posted by misty harley at 1:50 PM 1 comment: 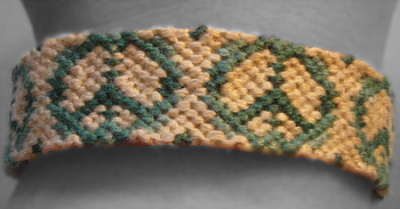 Inworldz is a friendly helpful world. This has been stated time and time again in more places than I could begin to count. If having it written on everything except the side of my monitor isn't enough, it is pretty much the first thing you hear being said in the welcome center or IDI. Great, so IW is a friendly place. I get it. I think I even believe it.

Being warmly greeted upon your first rez is nice. Being helped by a mentor or other during that first awkward visit to IW is also nice. It is not only nice but friendly, at least to individuals. But what about when you move from being an individual to being an interest group such as a merchant, a landlord, aspiring content creator? Is IW friendly to your longer term interests or just in having you on board? After all, it is easy to be nice upon first contact when the individual is all but helpless. It is a different thing to be friendly when they mature and start to demand things from their environment and those that interact with it.

Are new content creators given an environment which promotes creativity? Are new merchants welcomed into a level playing field where they have as much chance to succeed as other players? Can you get answers to questions that are tougher than where is the freebie shop? Is the IW leadership team as approachable and informative as the community's reputation would suggest? These things go beyond being personable yet contribute to the sense of friendliness. While it is nice to be greeted, friends help each other in more meaningful ways than simply saying, “Hi, the freebies are in this direction.”

IW has several of the standard tools to assist the mature resident. The forums are actively monitored by residents and the leadership team and few questions go unanswered. Mantus is the bug tracking system which everyone can contribute information. There is even several blogs by community members where you can find helpful tidbits. All these things contribute to the feeling of friendliness and in fairness, have done an outstanding job to date. But as the grid grows, these efforts will not be enough.

Already I have noticed a decrease in the friendliness in the forums and blogs. Tensions over conflicting viewpoints have flared. Down right hostility comes though in some blogs while radical oppressive rules and regulations are being suggested in forum posts to force other members of the community to conform. Does anyone else have that feeling of Déjà Vu?

Things are not that bad really but they could be if they continue to trend in the current direction. A few simple things could make a huge difference and completely reverse the current trend. Things like thinking about how your message will be received and perhaps rewording to take the sting out of it. Or not abusively dismissing someones opinions or observations as being worthless even if you truly believe it to be true. The leadership team can make a greater effort to make sure all questions raised in the forums are answered, especially the ones the community is unable to answer for them.

What do you think? Is IW more or less friendly now that you have been a member for a while? Do you feel we as a community are trending in the right direction? Is the IW leadership team as interactive as they were when you first joined? Is IW making the transition from micro VW to mini VW smoothly? Your voice is important, let it be heard.

As a rule, I'm a forum addict. I've been this way for many many years starting with parenting boards then moving on to debate boards and finally into my current interest for the last four years, the virtual world boards. I've watched drama unfold, I've watched personal attacks and I've watched communities gather around each other when times were hard.

Basically, I've seen it all.

Or so I thought.

Recently, on the Inworldz Forum Boards, a new trend has started to emerge. Sides are being taken, the subject is discussed through numerous threads and posts. It's on-going, it's heartbreaking, and nobody ever wins. People become upset and those who could be civilized and polite with each other, no longer are. What is this new trend you ask and is it really new?

It's called "Telling other Creators what they should and should not do with their business."

Although probably not new to some, it is for me and I think that is because it's not consumers telling creators what they would like to see or how they wish to be treated. Instead, it's creators telling other creators how to run their business. The discussions generally start off innocent enough. Someone offers thoughts on how they run their business. Or maybe they ask for ideas that others have found to work for them. Possibly it's about prices and how does one go about deciding what might be a good way to figure out pricing. Occasionally, it's a rant about high prices or poor products. Worse...it involves freebies.

Sometimes, a smart person will say "this is only my opinion..." and share details on what works for them or as a consumer, what they prefer to see or how they prefer to be treated. Often, those words are twisted and turned around to accuse someone of telling another how to run their business.

However, the above isn't really the issue. What is starting to be seen more and more is creators losing their community spirit and attacking other creators. These aren't out right attacks, by far they are much worse. They are what I call the 'quiet attack' where your not really sure if the creator is addressing your products or another persons. Statements like "Too many business in a box or templates are being used", or more complaining about "big business' opening up their store amongst many other remarks that are being tossed back and forth.

These type of comments and jabs are extremely harmful to the community at large. It's true that a very small user base of the Inworldz community participates on the forums. What is also true is that a large portion read the forums, even if they only read them once. First impressions mean a lot and right now the creators of Inworldz are not making a very good or welcoming first impression.

What a person reads when they first glance at the forums are the issues surrounding our world, which is extremely open and transparent for a reason. That reason is to let others know that Inworldz is Beta and there are quirks, issues and down right hair pulling days. For many, that would be ok and acceptable. Be it to open a business, or to have a vacation home away from the Papa Grid, or even to take up permanent residence.

The other thing they are reading is creators fighting with creators. They are seeing people being called out on the forum for what another deems as poor behavior. They are seeing creators telling other creators that freebies are bad or higher pricing is bad. They are hearing comments about Inworldz sales paying for Papa Grid tier and how that shouldn't be acceptable (but apparently it's ok to use Papa Grid money to pay for Inworldz tier).

I'm not sure how any of this equates to the Community Spirit we all say we crave and want. It's not supporting other creators-even if we personally do not agree with their prices, their freebies or how they run their business, we shouldn't be calling them out in the forums. If we, as creators, want to get the Community Spirit back into the forums for Inworldz and make a good first impression that is welcoming to others, then it might be time to subscribe to the "If I can't say anything nice, I should not be saying anything at all" rule of thumb.

Does this mean you can no longer state your opinions? Of course not. What it means is to chose your words carefully and, keep in mind, you have an audience. What you type to another could possibly be their first impression of you. If you see something you don't like or feel it's not proper for the forums, by all means state so. Then end it there. Not everything needs to turn into a debate about what's better, or calling each other out on perceived attitude issues, or anything else that will end up with fights and locked threads.

We are all in this together, maybe it's time we all started acting like it.
Posted by misty harley at 12:26 PM 7 comments: